What Is Vulnerability Scanning and How Does It Work? 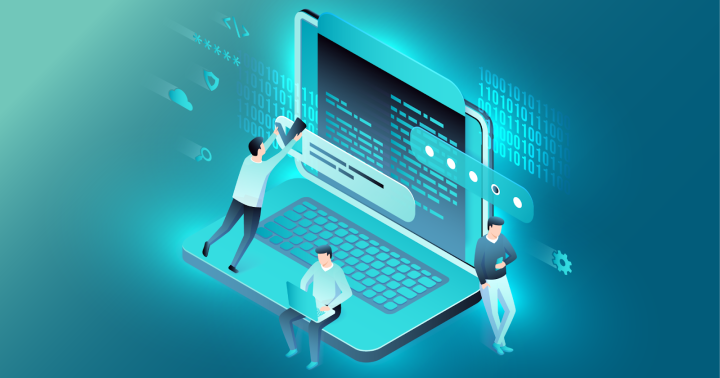 A vulnerability is an exploitable flaw in a network, web application, or API, allowing hackers to access secure data.

Vulnerability scanning is especially crucial for APIs, as they are a favorite target for hackers, accounting for 90 percent of cyberattacks in 2021 alone.

Read on to learn everything you need to know about vulnerability scans and how to keep your networks, web applications, and APIs secure.

What Is Vulnerability Scanning and How Does It Work?

A vulnerability scan is an automated, high-level system test that identifies weaknesses in networks, web applications, and APIs that attackers can exploit. These vulnerabilities can include coding bugs, faulty configurations, and authentication issues.

The process typically involves checking your systems against a database of known vulnerabilities then generating a report of found issues for your IT team to review and patch.

The problem with this approach, specifically for APIs, is that similar API vulnerabilities aren't as common since each company develops its APIs in its own unique configuration.

To help you illustrate this distinction, consider this hypothetical example: A SQL injection vulnerability is common, but being able to query your next-door neighbor's postal packages via the USPS API is not. That's a unique logic flaw of the USPS API.

Read More: What is API Security and Why It's Important

Both vulnerability scanning and penetration testing help organizations achieve the same goal of securing their APIs. Still, they have some key differences in how they do it.

Vuln scans are a high-level look at servers and applications - APIs are usually under the scope of vuln scans - penetration tests look deep into your code to find the specific issues that lead to the vulnerability.

A vulnerability scan looks for weaknesses in your systems and generates a report, while penetration testing is an authorized, simulated cyberattack performed either by a live developer (a pen-tester) or an AI-based tool.

Penetration testing has the added advantage of identifying flaws in your business logic responsible for weak points in your security that a high-level vulnerability scan may miss.

Regular vulnerability scans can help you monitor your systems, but most tools on the market aren't enough to protect more complex APIs.

How Automation Made Vulnerability Scans an Industry Norm

When software was on-premises, companies deployed, secured, and updated their software on their own networks. Manual penetration testing was aligned with the release schedules of the vendors. Subsequently, they were scheduled to repeat every year or even as infrequently as every other year.

With cloud and SaaS products, that changed. Software is no longer on-premise with a tightly coupled frontend and backend. Modern apps are mostly cloud-based, relying on APIs to connect to various backends, databases, and subsystems. As a result, unsurprisingly, hackers, red teams, and penetration testers have shifted their focus and TTPs to the API layer, while software developers have been slow to expand their defenses to APIs.

Pen-tests performed manually are typically infrequent monitoring activities that leave a large window of opportunity open for cyber-attackers, resulting in data loss and breaches. Manual pen-tests that happen annually, or even quarterly, just can't keep up with software releases or even cyber-attack evolutions. The software in question has already been in production for several months and has been changed numerous times by the time a pen test is performed.

Companies can now run thorough vulnerability checks in minutes instead of hours or days, thanks to the advancements in automation. This speed allows them to continuously check their networks and APIs for vulnerabilities, all while saving valuable development resources.

Automated pen-testing solutions (like ours) provide a pen-testing strategy that is aligned with contemporary web development practices - making sure vulnerabilities get detected and fixed before they get into production.

The Four Most Common Types of Vulnerability Scans

External scanning is the scanning of the public-facing elements of the network. This is critical, as any hacker can access these components through any public-facing aspect on the network just as easily as the dev team.

Internal scanning takes place inside the firewall, within the protected network. This method is vital because it helps identify database vulnerabilities. If a hacker somehow finds their way inside the network (i.e., via phishing or malware), you want to ensure they don't get access to your database.

This scan can also check for potential insider threats, such as a security risk from a corrupt employee or outside contractor.

Unauthenticated scanning occurs when the systems are scanned for vulnerabilities without special credentials. In other words, no direct access is granted to the network—hence the “unauthenticated” part of the name. These scans are ideal for determining the security posture of a network.

Authenticated scanning means logging into the asset (be it a device, application, or API) and seeing what you can do. In this way, it can check for vulnerabilities inside your network.

How the Vulnerability Scanning Process Works

A specific chain of tasks needs to take place to identify, evaluate, and mitigate vulnerabilities. Below, we break down how the vulnerability scanning process works.

The old way of doing vuln scanning involved deploying a scanner that would wake up on a schedule and scan around the network against a list of know vulnerabilities.

Over the past decade, that model has morphed into the agent-based approach - which entails adding a little piece of code (agent) to every endpoint.

This agent just sits there in the background, keeping an eye on things all the time and reporting back to the vuln management platform anytime an auditable event happens. This way, organizations get continuous visibility into vulnerabilities and ensure increased coverage.

Step 2: Evaluation of the Risk Posed by Any Vulnerabilities Identified

When the scan has been completed, review the generated report for vulnerabilities found. If your organization has never conducted vulnerability scans before, many security teams can find themselves challenged by the sheer number of vulnerabilities exposed by the scan.

This leads to some crucial decisions on which threats to address and which to ignore.

The IT team must consider:

After considering these factors, the IT team must prioritize each vulnerability. The most pressing threats are the ones that require immediate action.

Step 3: Treatment of Any Identified Vulnerabilities

This step involves taking proactive measures to correct the most pressing threats. Common fixes include installing system updates, tweaking the configuration of the API, or rolling out a security patch.

Not every vulnerability can be directly addressed or easily patched. If there isn't an immediate fix for a critical security risk, the team may try adding new security controls.

A good habit to develop would be to re-run a scan every time you add a new feature, fix a bug, or even slightly tweak the source code.

Doing so can help you avoid creating new vulnerabilities that hackers can exploit due to patching up the loopholes your scan previously identified.

Read More: API Security Checklist: What You Need To Know

Now that you fully understand the benefits of vulnerability scanning, you can take proactive steps to reinforce your cybersecurity.

This practice alone can’t fully protect you from a wide spectrum of cyber threats - that’s where APIsec comes into play.

APIsec is the first automated API security testing solution that leverages the power of AI to write and execute thousands of test cases based on the unique structure of your APIs, allowing you to ensure full coverage, eliminate human error, and save your precious developer resources.

If you want to learn more about the massive value APIsec can bring to the table, reach out to our team today to get a free vulnerability assessment.