Since roughly one in four Americans won't do any business with organizations that have had a data breach, comprehensive API security is vital to protect your reputation, the safety of your users' data, and your bottom line.

Continuous API testing automatically runs a battery of security tests on your API throughout the entire DevOps cycle.

Continuous API testing runs ongoing, automated, evolving tests against an API to ensure high performance and security. This testing is typically carried out throughout the development lifecycle to catch any bugs or vulnerabilities before the API is released.

There are a few key factors that determine whether an API testing solution is truly continuous:

Automation: A continuous API testing solution should be automated to run tests independently, without manual intervention. This way, the testing process can keep up with the pace of development and ensure proper security testing against all changes before they're released.

Adaptability: A continuous API testing solution should constantly evolve its tests to keep up with changes in the API landscape. As new threats arise, tests should be updated to address them.

Scalability: A continuous API testing solution should be able to scale up or down as needed, depending on the size and complexity of the API being tested.

Here is a summary of how each method stacks up:

Why is Continuous Security Testing so Hard?

Many CISOs and members of the AppSec community find it hard to believe that any platform can effectively automate API security testing to cover the entire OWASP list.

Those concerns are valid because finding the most dangerous vulnerabilities, like business logic flaws, is notoriously difficult because they're usually found deep within an application's code. To complicate the matter even further, business logic flaws aren't errors in the coding. Rather, these flaws exist in the application's logic, so any scanner looking for flaws in the code would fail to identify the dangerous vulnerabilities.

Application complexity, the vast number of endpoints, and ever-expanding potential attack vectors have historically made it impossible for any engineering team to programmatically test for all possible security flaws.

That's no longer the case.

With the help of recent advancements in machine learning, automated API testing platforms, like APIsec, provide continuous, comprehensive testing coverage of an API, including all endpoints and parameters.

Dev and security teams were historically stuck with limited options for protecting their APIs, the most popular being manual pen testing, vulnerability scanning, and bug bounty programs.

Let's quickly break down each testing method, how they work, and where they come up short.

Manual penetration testing is a process in which testers manually attempt to exploit vulnerabilities in an application.

Some concerning issues with manual pen testing include:

Bug bounty programs consist of a crowd of ethical hackers who are paid to find and report vulnerabilities in an application. While this can be a helpful way to supplement other testing methods, it has several drawbacks:

Bug bounty programs, along with manual pen testing and vulnerability scanning, can often do more harm than good by creating a false sense of security.

Continuous testing is the only way to effectively protect your APIs from vulnerabilities, automating the entire process, including incorporating detailed reports directly into your CI/CD pipeline.

While pen testing, vulnerability scanning, and bug bounties can be valuable tools in your API security arsenal, they simply can't provide the same level of coverage or speed as continuous, automated testing.

The first step to protecting your APIs using continuous testing is finding the right tool. Up until this point, we have only covered continuous testing for API security, but that’s only one piece of the puzzle. To truly test your API continuously, you need to find a suite of tools that cover every part of the API journey from security to functionality. No matter what type of testing you want to run, you should evaluate solutions based on their ability to execute the options we covered earlier: automation, comprehensive coverage, adaptability, and scalability.

Next you should look at each solution’s ease-of-use, support, price, and any other feature that matters to you... here is a snapshot summary of tools that we love:

We actually broke these tools down in more detail when we wrote this post covering the Top 5 API Security Tools on the market today, when to use them, and why we recommend them.

1. Identify any manual bottlenecks in your security process today, and automate them.

Automating as much as you possibly can is the cornerstone of continuous testing - not only will this strengthen your security, but it will free up your team to focus on other key tasks since testing will no longer require valuable human resources to perform (automation offers a significant, lasting ROI).‍

It’s highly likely your organization is already leveraging CI/CD technology to improve product quality and developer productivity.  Don’t “re-invent the wheel,” rather, leverage these same processes/technology to test new code when it’s ready without needing to manually trigger a test.

Finding a security vulnerability is only the first half of API security testing. Someone needs to fix them. This often requires inter-team communication for security engineers to recruit developers to fix these critical issues.

As we mentioned before, there are existing processes you can leverage to deliver feedback to developers without the added manual step. Integrating with Developer Ticketing or Productivity software is a guaranteed way to prevent slowing the pace of development without missed issues, which may lead to deploying exploitable vulnerabilities to production.

Continuous API security testing is well on its way to becoming the new norm thanks to its scalability, accuracy, and cost-effectiveness.

If you still haven't adopted continuous API security testing, you're almost guaranteed to leave your APIs exposed to data breaches and other cyber threats.

For years, organizations had to rely on pen testing, vulnerability scanning, and bug bounty programs to protect their API assets. APIsec offers a superior alternative to all of them.

By leveraging the power of AI and machine learning, APIsec can automatically generate and execute hundreds of custom-tailored attack scenarios based on the unique architecture of your API.

Check out this quick demo to see it in action:

Want to learn more? Get in touch with our team today to schedule a demo, or get a free vulnerability assessment. 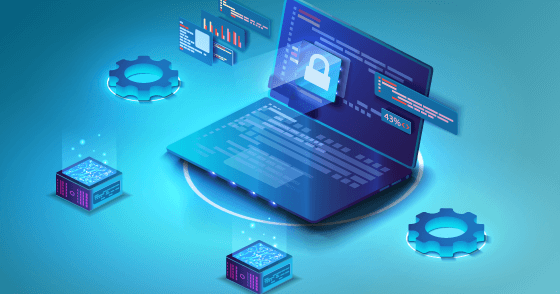