Business Logic vs. Application Logic: The Key Differences You Need to Know

Business logic refers to the rules and procedures that govern a business, including things like pricing, discounts, inventory levels, customer eligibility, etc. Application logic, on the other hand, is the code that implements those business rules within a specific application.

To better understand why this distinction matters, it is important to fully understand how these logics function and how they work together to ensure that your applications are more reliable and scalable.

What is the Function of Business Logic?

Business logic encodes real-world business rules that determine how users interact with the application and how data should be created, exchanged, and managed.

This code is typically written in if-then statements or decision trees and sits between the user interface and the database. It is responsible for ensuring that all data that passes through it is valid, consistent, and accurate.

"If a user makes an out-of-state purchase over $500, flag the transaction as suspicious."

Business logic is also responsible for handling all of the behind-the-scenes work that needs to happen in order to keep the data safe and secure. If the logic isn't sound, a loophole occurs. This is known as a "business logic flaw," and it has serious consequences.

What Goes Wrong with Business Logic?

One of the most common problems with business logic is that it becomes outdated as a business changes. This leads to inaccurate calculations, bad decisions, or simply an inability to function correctly.

Malicious actors frequently exploit business logic flaws. If there are security holes in the system, attackers use them to gain access to sensitive data, disrupt operations, or even take control of the entire system.

Adopting security measures to test your logic for any loopholes or flaws is one way to protect your business logic.

What is the Function of Application Logic?

Application logic is the engine that bridges the gap between business logic and the user interface: It takes the back-end business logic input and turns it into the front-end output that the user sees.

In short, the actions run with application logic have nothing to do with business, it simply outlines a series of actions triggered by an event.

"If a user clicks this button, a tab will open in a new window."

It contains all of the rules and processes that control how the user interacts with the data. Its main responsibility is to ensure the user interface is easy to navigate, providing a good experience.

Unlike business logic, application logic is typically written in high-level programming languages, including C++, Java, or Python. This code is what makes the system work. Without proper application logic, an application would be nothing more than a bunch of disconnected code snippets.

What Goes Wrong with Application Logic?

The complexity of the programming in the application logic is what also makes it susceptible to errors. If the code is poorly written, if there are bugs in the system, or if the data that's being used is incorrect—the entire app can collapse.

Since application logic is user-facing, any glitches will directly affect consumers. This could cause problems ranging from minor inconveniences to completely losing customer loyalty.

The good news is that these bugs are much easier to find than vulnerabilities in business logic.

How do Application Logic and Business Logic Work Together?

Even though they each have distinct functions, business logic and application logic work together to ensure that a business runs smoothly and efficiently. Companies rely on both types of logic to automate tasks, keep data safe, and provide a consistent user experience.

The two types of code are often combined within an application or program. For example, an e-commerce application might have business logic that defines the process for adding items to a shopping cart and application logic that actually adds the items to the cart.

The important thing to remember is that business logic and application logic need to work together in order for a company to be successful. They are essential for creating a successful web application that is both efficient and user-friendly.

Read More: Why APIs Are Your Biggest Security Risk

Protect Your Application from Business Logic Vulnerabilities with APIsec

With APIs well on their way to becoming the primary attack vector in 2022, business logic flaws are the most dangerous type of vulnerabilities that can't be detected with traditional scanners and testing tools.

With thousands of attack scenarios tailored to the unique architecture of your APIs, APIsec investigates every corner of your API and leaves it completely covered.

Reach out to a consultant to get set up with a free demo. 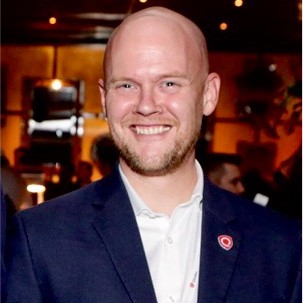