API Security Testing Pricing & Cost: All You Need To Know 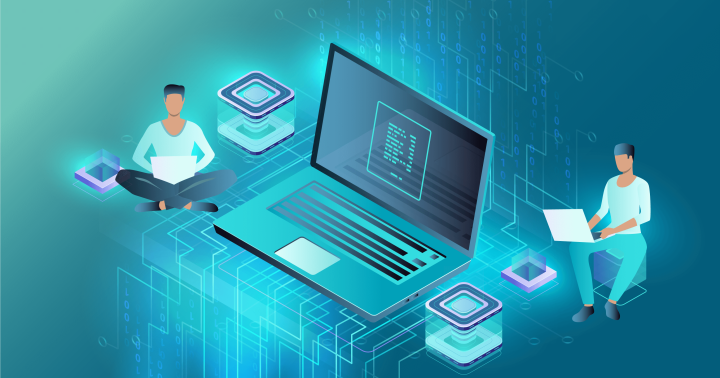 As the risk to the API layer of software applications available over the internet increases, the cost of a weak API security strategy has skyrocketed. According to Gartner, now is when application leaders take a step forward and start designing and executing effective API security strategies to protect their APIs rather than relying on manual protection procedures.

Most of the companies still deploy manual penetration testing strategies to assess their APIs’ security. These legacy practices are too slow and carried out too infrequently. This culture does not fit well with the modern agile and DevOps practices, where the new code is written and pushed into production cycles regularly. The need for automated and effective security strategies becomes an inescapable part of such an ecosystem.

With all the agile culture in place, it becomes increasingly necessary to deploy automated procedures that fundamentally align with the DevSecOps strategies. Such strategies create an automated ecosystem that is beneficial for the security of digital space.

This article will explain the true cost of API vulnerabilities and explain how automation is the only way to align API security with agile development and DevOps.

Most Vulnerabilities Are Found Far Too Late (If at All)

According to Capital One’s public report, the company experienced a data breach in 2019, despite the fact that they had invested heavily in the company’s IT infrastructure. They reportedly mention that the hackers gained unauthorized access to their system and stole certain types of personal information from Capital One’s credit card customers.

Similarly, Venmo also experienced a serious API breach that resulted in the mass data scraping of more than 200 million transactions. All these terrible occurrences of API breach are major setbacks and raise fundamental concerns regarding API security in production.

It may seem that Capital One and Venmo, being bigger players in the market, already overcame the consequences of their respective API breach cases, However, one thing is certain, they might have recovered from the monetary losses,, but the damage done to their reputations might never be repaired.

Due to the lack of automation in API security, vulnerabilities often hide in the development stage. When the code is shipped before all of the real-time and production scenarios are tested, the weaker security parameters are exposed to risk in production.

Suppose you wait for production to find vulnerabilities in your APIs. In that case, you risk losing data you won’t be able to recover, lose brand reputation, face government fines, and lose your clients and customers’ trust.

When the APIs are shipped to production, there is no way to predict these issues. You are only left with firewalls to help you protect your services over the network. Apart from that, direct reporting from latency issues, site speed impacts, and complaints are a few ways to assess the concerns in production.

This kind of approach comes under a defensive banner, where you only react to the reported issues but not proactively strategize to minimize their occurrence. Such practices are highly unpredictable, time-consuming, and frustrating for the concerned teams, in general.

The ROI of Finding Security Flaws in the Development Stage

Considering the kinds of sensitive and delicate security vulnerabilities that occur on production servers, predicting and protecting from them is now an inevitable part of a secure digital experience.

Instead of finding issues at runtime and later scratching your head while resolving them under pressure, it just simply makes more sense to deal with such concerns before they happen. Prevention is always better than cure, and in fact, it can also help you save time and money.

Catching vulnerabilities in the development environment, precisely during the DevOps process, is the key to a solid API security and protection strategy. Apart from its time-saving aspect, it also addresses multiple other related issues that directly impact an enterprise’s processes, culture, and goals.

An effective API security strategy ultimately helps lower the enterprise costs, saves the brand reputation from spoiling, protects your customers’ sensitive and confidential data, and, most importantly, heightens customers’ trust in your brand. This enhanced brand reputation and increased customer trust give rise to consumer loyalty and also passively serves as the potential marketing and sales strategy for your brand and enterprise, in general.

Besides the potential benefits of having an effective API security strategy, it naturally makes more sense to devise one. The technology leaders need to understand that it is indeed the next big revolution in the domain of API security as it truly involves you in maintaining a proactive strategy and actually working towards preventing the vulnerabilities from happening.

With such strategies, you are actually taking proactive steps to prevent the bad news from coming at all, rather than waiting for a data breach to act.

Manual penetration testing is bound to miss threats because it cannot cover each and every aspect of large-scale enterprise APIs. Especially when developers continuously write new code, it does not automatically evaluate and integrate with the modules that guarantee automated API security testing. This way, it does not sync with the DevOps culture at all.

Undoubtedly, there are a lot of risks involved in catching API security vulnerabilities in production. Luckily, there’s no need to do that if you catch them during the development phase by implementing sound DevSecOps processes. But it is also true that you cannot have a strong DevSecOps strategy without automation.

Automation is the key to minimize the cost of API security vulnerabilities. Otherwise, there always will be a risk of flaws and concerns in the digital space. By shying away from implementing necessary DevSecOps strategies, you are potentially inviting cyberattackers to intervene and take advantage of your negligence.

Automated penetration testing has significant advantages that allow you to save your time, effort, and costs. It can also protect your brand reputation, and enhance your security. Automated penetration not only finds API security vulnerabilities and helps prevent logic flaws, which is essentially the most common issue that we see across enterprise API layers and probably the biggest reason behind various API security breaches.

APIsec is a continuous, automated, and comprehensive API security testing company that combines various steps from the design, test, and production phases in one place. Before shipping the code to production, APIsec identifies and reports data logic vulnerabilities in completely continuous and automated ways with zero human involvement.

APIsec helps you focus entirely on your development cycles and tests your APIs without requiring any additional code or traffic access. APIsec is an ideal combination of trust and reliability, where you get to experience the real power and speed of DevOps and automation as a culture, eventually saving you time and money.

We have a descriptive and extensive guide that discusses the key principles involved in protecting and securing your APIs. For further information, feel free to download and benefit from our API Security Best Practices.