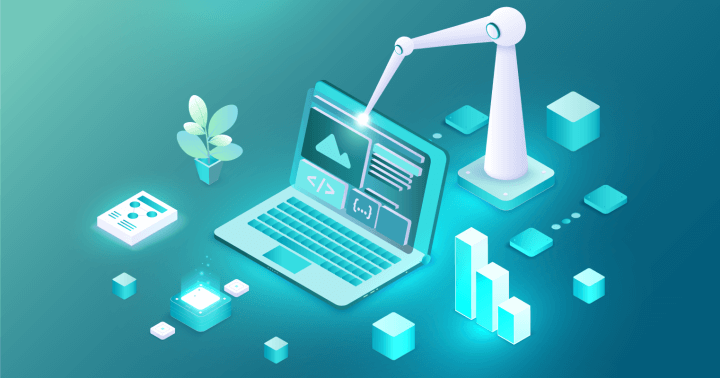 API security breaches are increasing rapidly, with the number of cyberattacks surging 348% from December 2020 to June 2021 alone.

And if you are building, or using an API to power your business, implementing strong API security measures is vital to ensure your long-term success since even a single data breach can permanently ruin your brand image and lead to loss of customer trust.

The problem becomes even more complex if your business uses dozens of APIs together - as most enterprise businesses do.

MuleSoft is one of the largest API management platforms in the world - helping organizations leverage the power of APIs - at scale connecting data, devices, and applications in one place.

But just because you are managing everything in one place doesn't mean you don't have to worry about security.

This article will break down the MuleSoft API security principles ( according to them) and some additional ways to protect your user base beyond the basics they commonly cover.

With so many developers and businesses relying on MuleSoft to keep their operations running, the ability to regularly test API security directly on their platform has been a focus from the outset.

Mule API security, one of many aspects of the MuleSoft Anypoint Platform, consists of a suite of testing measures designed to protect an API from most of the common vulnerabilities that cybercriminals exploit to compromise their data.

However, while MuleSoft is an incredibly powerful platform for easily managing and running APIs all in one place, their capabilities around Mule API Security sometimes fall short in critical areas compared to other tools dedicated solely to API security.

Without understanding some of the platform's shortcomings, many developers often overlook additional security concerns, simply trusting the security of their APIs based on the trusted MuleSoft brand.

MuleSoft also allows you to set up the Edge gateway to control traffic in and out of your API with security features like Denial of service (DoS), IP whitelists, HTTP limits, and Web Application Firewalls.

API gateways are great for managing and running APIs but do not address security vulnerabilities that may exist within the APIs, such as business logic flaws. When users can manipulate or circumvent API process flows using legitimate functionalities of an API, hackers can steal sensitive data or reach other malicious goals by exploiting the vulnerabilities exposed by business logic flaws that are incredibly difficult to detect using conventional testing tools.

What Are The Main Security Principles (According to MuleSoft)

MuleSoft understands that APIs are the most significant security risk for companies in the digital age, as API breaches led organizations to lose more than $20 billion in 2021 alone due to cyberattacks - not to mention the reputational and opportunity losses that come along with a massive, public data breach.

To help development teams protect their APIs, MuleSoft created a helpful guide that covers the main three principles of API security that they focus on with their platform:

Let's briefly review what these are in more detail.

Identity and access management are security measures implemented to recognize API users and only show them the data they want them to see.

The two pillars of identity and access management are authentication and authorization - with clusters of vulnerabilities related to them consistently landing on the top of the OWASP API Security Top 10 list from year to year.

Authentication is the process of verifying the identity of an API consumer. There are several ways you can go about authenticating a user, ranging from simple username and password logins to more secure methods like multi-factor authentication (MFA) or token-based credentials.

Once correctly identified, the authorization process acknowledges the unique user's rights and privileges to regulate the data that the user can access while using the API.

The second core principle of API security that MuleSoft focuses on is the integrity, safety, and confidentiality of all incoming API traffic, protecting your API calls and responses from being hijacked by hackers.

The primary elements of message security are:

Often digital signatures are implemented to record the authenticity of a transaction by comparing a set of secret codes created by an app and API, applied to the same algorithm to ensure the safe delivery of a message. Also, developers can use public-key cryptography to create a virtually unbreakable code that end-users can only decode with a corresponding key.

API reliability and availability measures focus on your capacity to maintain performance when under stress from heavy usage and especially when under attack. While API performance primarily lies in the realm of functional and performance management, it's critical to ensure that if the API is stressed, it can:

How To Add An Extra Layer of Protection to MuleSoft APIs: 3 Best Practice Tips

Adept developers can protect their APIs from many attacks, focusing on the main principles laid out by MuleSoft, but with cyber attacks constantly evolving with more complex strategies, dev teams need to go a step further.

Here are some of the ways you can better ensure a safe, secure API when hosted through MuleSoft:

Business logic is the set of rules written by developers that define the limitations of how an API operates. Unfortunately, since the effectiveness of these rules is only as good as the developer that writes them, business logic is a primary target for cybercriminals hoping to exploit human error.

As we mentioned before, business logic flaws won't be flagged under any functional or performance test since there is nothing incorrect in the build - the feature is functioning exactly how it is intended. Instead, attackers manipulate legitimate functionality to achieve malicious goals by using an API that the developers didn't anticipate.

To find any potential business logic flaws lurking in your API, developers need to expect the unexpected.

Get your creative juices flowing and test out how every feature works when your API consumers fail to follow the intended process flow, refuse to supply mandatory data input, or use your functionality in the ways you don’t want or expect them to.

As a starting point, attempt to access the API through tools like BURP Proxy to tamper with data - test out every feature in your application in every way you can think of.

With such a high number of variables, automated API security tools that leverage the power of AI to dissect every endpoint, method, and input to find hidden vulnerabilities are becoming an essential weapon in the API security arsenal.

2. Use a "Shift-left" Testing Framework

Shift-left testing is a concept that promotes continuous testing as early as possible in the software development cycle. By allowing teams to take more time during each phase of the development process, a shift-left framework enables developers to identify bugs and vulnerabilities that could result in serious issues if left unresolved.

With the shift-left framework in mind, proper API security testing should begin from day 1, with consistent attention on the security of all of the core aspects required to build and scale an API. This process will likely add time into each phase of the build process, but security is not something that businesses should rush, and with the right strategy - it will save time and money in the long run.

3. Implement a Zero-trust Security Model Into Your API Design

The zero-trust approach to API security means that developers cannot trust any API traffic, whether originating from outside or inside the network.

One of the major mistakes developers make is a failure to secure private or internal APIs based on the assumption that a lack of documentation or since they can't be found on a public network - they aren't exposed.

But with the complexity of API connections increasing alongside the sophistication of bad actors, it is always better to lean on secure design frameworks like a central authentication service that requires every access point to include a secure identification and authorization process.

MuleSoft boasts an impressive suite of tools that make a developer's life much easier, but security is still a factor that dev teams must give the full attention of any dev team hoping to launch an API with robust security measures in place.

Tackling the core vulnerabilities is a great start, but eliminating the human error associated with flows in logic, accessibility, and trust will ensure that your data is protected from bad actors constantly seeking out new ways to exploit hidden vulnerabilities.

Automate Your API Testing with APIsec

If you want to add more robust testing solutions to your MuleSoft managed APIs, our AI-based testing can comprehensively and continuously analyze every line of your code to ensure that no cybersecurity issues slip through the cracks.

Think there might be a mutual fit? We'd love to chat. So book a call with our team to get a free vulnerability scan today - and take your API security to the next level. 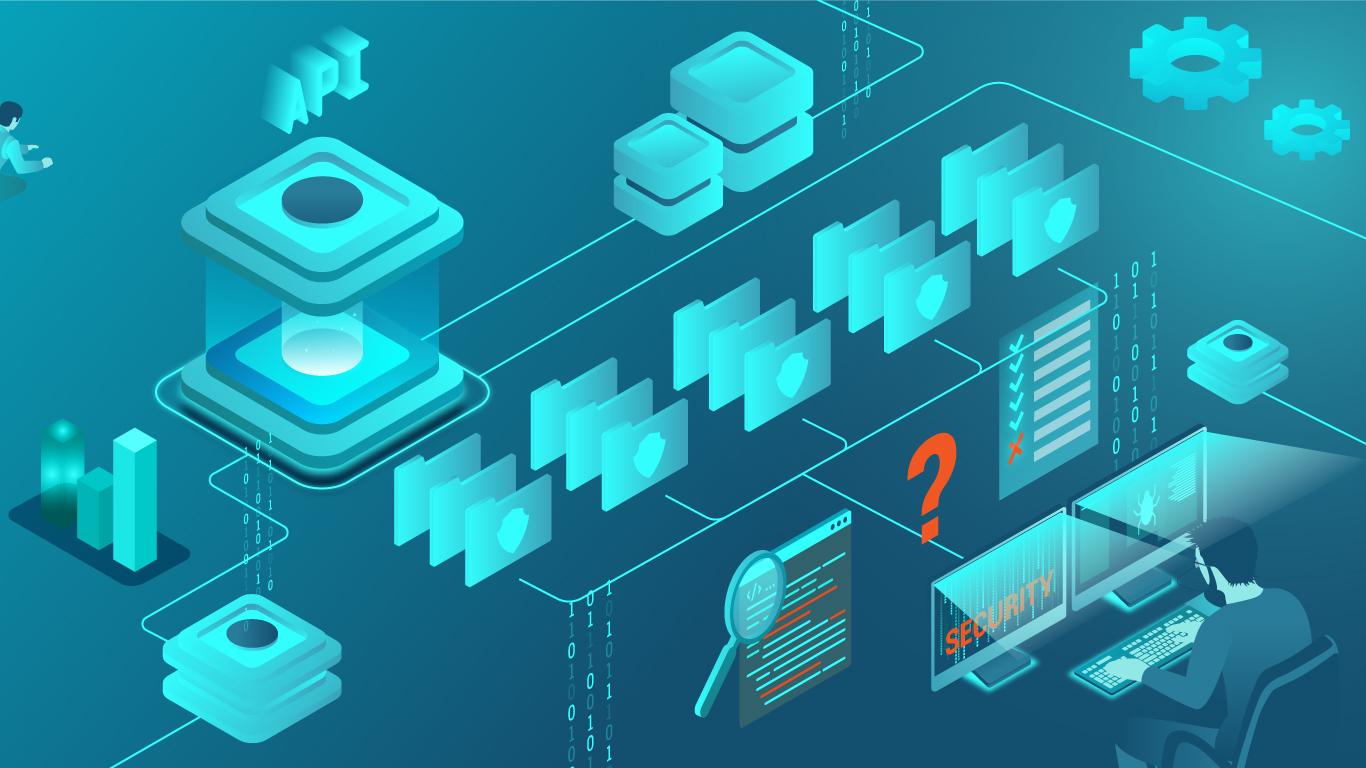