Get a Free API Pen Test
Webinar
>
Google Apigee & Allstate: How to Incorporate API Security into the Development Cycle 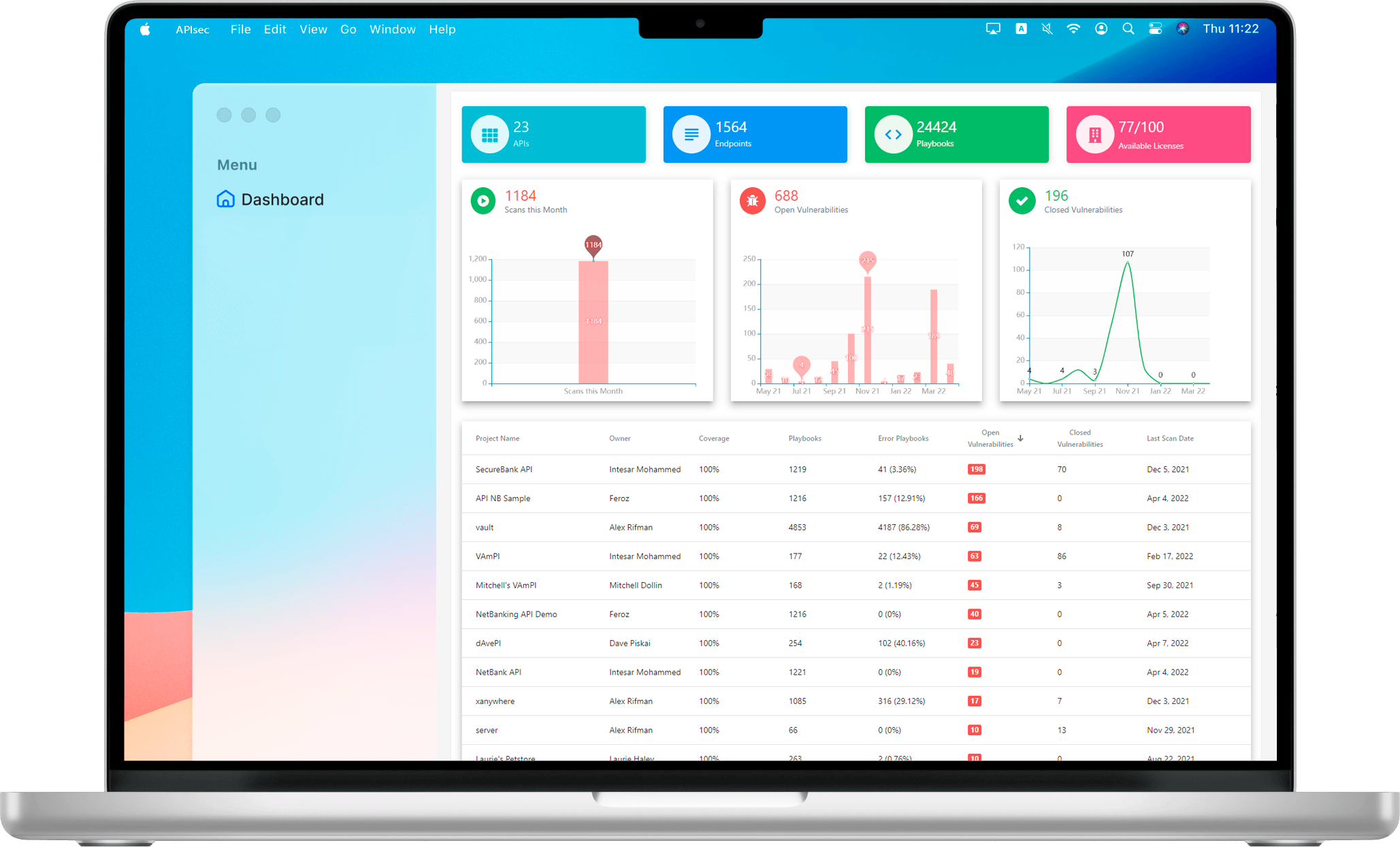 Google Apigee & Allstate: How to Incorporate API Security into the Development Cycle

A discussion about API security threats and how to minimize risk

APIs now account for over 80% of Internet traffic, represent 90% of the attack surface of web apps, and will become the “most frequent” attack vector by 2022 according to Gartner. The old way of doing once or twice a year pen-testing doesn’t work in a CI/CD world.

Join this webinar to hear from API experts from Google Cloud, Allstate, APIsec, and Achieve Internet and learn how to integrate API security testing into the CI/CD pipeline and gain real-time visibility into API security issues. The session will include a review of the most common API vulnerabilities, including business logic faults, role-configuration issues and other non-conventional flaws.

See
Want to dig deeper into the power of APIsec? Let us pull together a custom demo to show you APIsec for your APIs.
Demo 
Learn
Ready to become a certified API Security Expert? Join the free APISECU course written & taught by Corey Ball.
Register 
Do
Rather try it for yourself? Dive in and test your own APIs with our free testing service.
Free Pen Test 